The body of Etienne Tshisekedi, the Democratic Republic of Congo’s revered opposition leader and former prime minister, arrived in Kinshasa on Thursday, an emotional moment for the country after his son Felix became president earlier this year.

An opponent of authoritarianism in DRC, Tshisekedi died in Belgium in February 2017 at the age of 84, unable to witness his son’s victory in bitterly contested elections at the end of last year.

Felix Tshisekedi vowed to repatriate his father’s remains and bury them in his home country — a goal that faced multiple obstacles under his predecessor Joseph Kabila.

After a last-minute delay to a scheduled Wednesday departure, a jet carrying the body arrived from Brussels in Kinshasa airport on Thursday evening, according to AFP reporters.

His son Felix led a delegation at the airport, where a hearse decorated in the national colours waited, journalists at the scene said.

A white coffin draped in the national, flag was unloaded from the plane and escorted away by white-gloved attendants. Several thousand supporters and well-wishers waited outside the airport.

The programme of mourning includes a display of the body, a mass and rally on Friday at an 80,000-seat stadium in Kinshasa.

It will followed by a funeral on Saturday in Nsele, on the eastern outskirts of the capital. Six African heads of state are expected, including the presidents of Angola, the neighbouring Republic of Congo, Rwanda and Togo, according to the DRC presidency. AFP 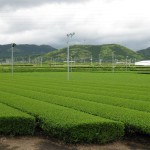 An army officer in The Gambia has accused former President Yahya Jammeh of ordering the 2004 murder of journalist Deyda Hydara, and admitted he was...

South Sudan’s Kiir bans singing of anthem in his absence